Wimbledon Village, at the top of the hill, is the heart of Wimbledon, with a number of pubs, cafe bars, restaurants and boutiques.

Visitors of the Wimbledon Tennis Championships in 2005 will remember Maria-mania and the giant poster on the scaffolding at the top of the hill! The 20 foot poster was difficult to miss!

Since the reign of Henry VIII, there has been a pub located on the site of The Dog and Fox. It was originally named “The Sign of My Lord’s Arms, an Inn by Wimbledon Pound”! Throughout the 1800s it was a terminus for the London to Brighton stagecoach.

During the Wimbledon Tennis Championships, the Village is a hive of activity with locals and visitors alike enjoying the après-tennis. Many of the pubs put on barbeques and patrons can enjoy the summer evenings with, perhaps, a glass of Pimms while soaking up the Wimbledon vibe. 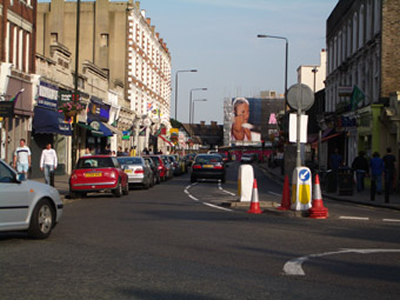 Wimbledon Common covers an area of 1200 acres which includes Wimbledon and Putney Heath. It belonged to Lord Spencer and in the 1860s the Common was in a poor state with rubbish and waste. In order to improve the situation Lord Spencer planned sell the land on the Putney side and, using the proceeds of the sale, enclose Wimbledon Common to develop it into a park.

However there was considerable objection to this plan and eventually in 1871 the Common was handed over to the Wimbledon and Putney Commons Conservators and the Commons Act was passed in parliament. To this day those residents living within three quarters of a mile of the Common pay a ‘Common Tax’ of approximately sixteen pounds. 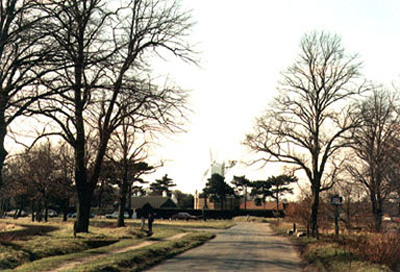 Stag Lodge was built in 1850 by Augustus Beaumont. It was merely the entrance lodge to Wimbledon Park House, and home of one of the gardeners. In 1872 the Manor was sold so Stag Lodge lost its main function and was sold as a private house.

It is unclear when the ornamental stag was placed on the Lodge, however at the start of the second world war it was removed for safe keeping. Sadly the builder dropped it and it was smashed. An even finer stag appeared on the lodge in 1988 however it was a mirror-image of the original stag!

There has been a Parish church on the St Mary’s site since 1086.St Mary’s Church is a focal point that most people will recognise if they watch the Wimbledon Tennis coverage on the television. It is about 3 minutes walk from the All England Club. In recent years those hardy fans of tennis pitch their tents and set up their camping gear so that they will be able to purchase the ticket of their choice the the next day’s tennis. 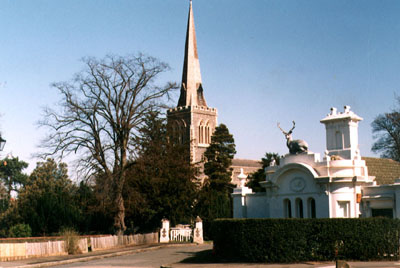 The All England Lawn Tennis and Croquet Club

The All-England Croquet and Lawn Tennis Club, Wimbledon propose to hold a lawn tennis meeting, open to all amateurs, on Monday July 9th and following days. Entrance fee £1.1.0. Two prizes will be given – one gold champion prize to the winner, one silver to the second player. Players must provide their own rackets and must wear shoes without heels”.

In 1922, the AELTC moved to it’s current site in Church Road, when it was realised that the tournament was rapidly outgrowing Nursery Road. By comparison, the first Championships attracted a few hundred spectators – 2005 brought in 467,188!

The Championships have played host to a number of world leaders in tennis, from Fred Perry to Roger Federer, Billy Jean King to Maria Sharapova. 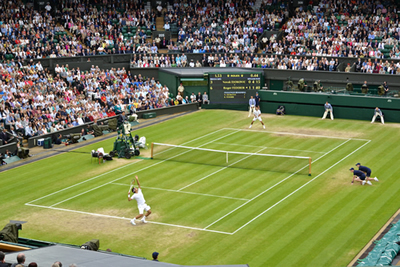